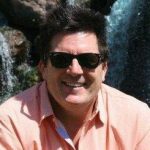 Alex Quilici is the CEO of YouMail, developers of voicemail and robocall-blocking software. He will join us at RAG Kansas to talk about the scourge of robocalls and what the industry can do about them.

Prior to the foundation of YouMail, Alex served as a Director of Neoedge Networks and was Vice President of AOL Voice Services. Previously he was CEO and co-founder of voice portal Quack.com, which was essentially SIRI over the telephone, and was acquired by AOL in 2000.