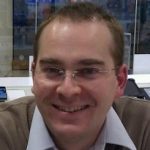 Ben Hooper works for giffgaff as their Head of Business Assurance. giffgaff is a British MVNO which describes itself as a network run by its customers, and it refers to those customers as members. It is wholly owned by Telefónica UK. Ben joined giffgaff in August 2016, initially serving as their Revenue Assurance Manager.

Ben is an experienced RA professional. Prior to giffgaff, he spent 9 years managing revenue assurance for O2. He has also worked at France Telecom and Global One.

Ben is a gradate of the University of Nottingham where he received a Master’s degree in Chemistry and Molecular Physics.