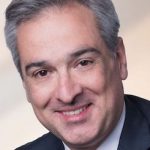 Carlos DaSilva is the Vice President for Products, Strategy and Business Operations at international carrier PCCW Global. As a professional, he is widely recognized for combining business expertise with technical engineering and operational knowhow. Carlos has a thorough understanding of the economics of international IP transit, voice, IPX and HDVC.

Prior to joining PCCW Global in 2012, Carlos spent 11 years working for France Telecom and Orange, beginning as a network engineer before he became Director of Provisioning, and then moving into senior roles in business development and marketing.

Carlos is a gradate of CNAM Paris where he studied Electrical and Electronic Engineering. He is fluent in English, French, Portuguese and Spanish.