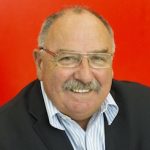 Colin has worked in telecoms fraud, security and investigation for 27 years, after an 18 year career with the NZ Police. He started with Telecom New Zealand in 1990 as a Security Adviser, moving to Network Fraud Management roles after that telco was privatised. He set up the present Fraud Monitoring function in Auckland and managed this until he joined Vodafone in 2002. He held the role of Fraud Manager for Vodafone Pacific through to 2005, when he was transferred to Germany for a Fraud and Lawful Interception Management role within the group function there. In 2006 he was transferred to Vodafone Group in the UK as Group Head of Fraud Management and Investigations with responsibilities across their operations in 21 countries. He held this role until July 2012, when he took early retirement and started his own consultancy, moving this back to New Zealand in June of 2014.

Colin is widely regarded internationally as a specialist in telecom fraud and security. He frequently gives advice about IRSF to groups such as the ITU, FBI, and Europol. He has held various management roles within industry groups, including the GSMA Fraud Forum, the GSMA Asia Pacific Fraud Forum, the Communication Fraud Control Association (CFCA), and the Forum of Irregular International Network Access (FIINA). He was one of the founders and a Director of the Australasian Telecommunications Fraud & Risk Association (ATRFA). Colin was also a judge for the 2014 and 2015 GSMA Global Mobile Awards (for the category of best mobile safeguard and security products/solutions).

Colin was appointed a Certified Fraud Examiner (CFE) in 1996, and is currently Fraud Advisor to the Pacific Islands Telecommunications Association (PITA).

This January Colin will be amongst the speakers at RAG Sydney, where he will share his wisdom and advice in dialogue with other international fraud experts.