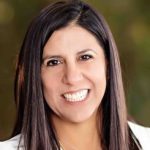 Danielle Royston is a proven business executive with a focus on turning around tech companies. She is a passionate believer in using the public cloud to transform costs whilst also making businesses more agile.

As the CEO of Optiva from 2017 to 2020, Danielle oversaw an USD84mn infusion from ESW Capital to rescue and revitalize the business, changing their strategy to become a cloud company. The result was that annualized operating expenses were reduced by USD94mn. A USD53.3mn operating loss in 2016 became an operating surplus of USD11.6mn for the financial year ending December 31, 2019. Danielle’s vision and drive for execution saw Optiva pivot from traditional, on-premise enterprise software to public cloud SaaS software to move the company into organic growth mode where Optiva were recognised as a disruptive leader in the telecom BSS/OSS space.

When she is not working, Danielle’s passion is tennis; she is an internationally ranked tennis player. Her other interests include spending time with her family and dining at Michelin 3 star restaurants.

Danielle graduated from Stanford University with a degree in Computer Science.