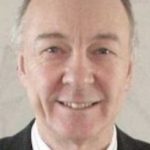 Now retired, David has exerted immeasurable influence over the development of revenue assurance during his long career in telecoms.

Between 1999 and 2006 David was a director of the Global Billing Association, where he was responsible for its benchmarking survey. This survey included the first international benchmarks for revenue assurance. David was an author of the 2001 report “Managing Successful Revenue Assurance” which first described many of the key principles and techniques of the emerging discipline.

David also led the team that created the UK’s Metering and Billing Accuracy approval scheme, which also shaped the development of RA tools and techniques.

As a consequence of his pioneering contribution to the field of revenue assurance, David was ranked by B/OSS World amongst “the 25 most influential people in telecom software”.