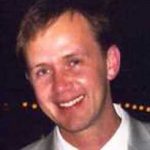 Derek Canfield is the General Manager responsible for Business Analytics at TEOCO. He is a veteran of the telecom industry, having spent the first half of his twenty-year career working for a North American operator and the second half with TEOCO.  At TEOCO, Derek leads the go-to market strategy for the analytics suite of products and services focusing on that key tenant of aligning technology with business objectives to drive innovation and market leadership.

Derek also serves as an expert witness, representing TEOCO’s clients in key regulatory issues in various venues.  He is well-known in the industry through work in industry forums and speaking engagements at tradeshows, displaying core expertise in cost management, network optimization, and all facets of profitability.  At TEOCO, Derek has received multiple levels of recognition, and has also been honored with TEOCO’s Award for Attitude, Commitment and Excellence.

Prior to joining TEOCO, Derek was part of the team that helped launch Sprint’s wireless unit, where he managed interconnect cost management teams with annual costs approaching one billion dollars, and interconnect billing teams with revenues of hundreds of millions of dollars per year.  Additionally, Derek led multiple system implementations, provided expert testimony on various commission issues, and represented his organization at various industry forums.  In recognition of his accomplishments, Derek was twice awarded with the Finance Distinguished Contributions Award – the highest accolade given in his field.