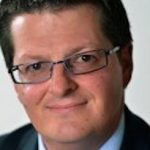 Duncan is Senior Manager, Fraud Management at Vodafone, where he runs their IDD fraud prevention team.

Our November London meeting will begin with a major update from Duncan, who will tell the audience about Europol’s new telecoms fraud initiative.

Duncan started his career in the private banking sector, working as a trustee and executor before moving into financial analysis and auditing. He left the banking world in 2004 to join BT, initially still in finance managerial roles before moving to a customer facing role in BT Wholesale, where he ran their cash collection teams. In 2011 Duncan had the chance to head up a small team looking at margin improvement initiatives in the international voice market. Duncan enjoyed this task immensely, and went on to run the IDD Sales team for three years. He left BT for Vodafone at the end of 2015.

Duncan says of his current role managing fraud and margins for Vodafone:

I think I have found a side of the telcoms industry that I truly find fascinating. The challenge to stop the criminals from profiting through their fraudulent activity is not only the right thing to companies to do, but it is also deeply rewarding to be able to work with colleagues from outside my own company who have the same attitude as me. The team and I have already made great strides in setting up an impressive fraud management system and I’m now looking to work with the rest of the industry and LEA’s to stop the flow of cash to criminals.