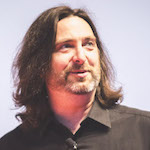 Eric is the Chief Executive of the Risk & Assurance Group (RAG). He was originally appointed to RAG’s Steering Committee in 2013 and then led the drive to incorporate RAG and expand its reach worldwide.

Away from RAG, Eric is the Editor of Commsrisk, the information hub for communications risk and assurance professionals.

Eric is well-known as an expert speaker at conferences around the globe. He was the lead author of Revenue Assurance: Expert Opinions for Communications Providers, published by CRC Press. Eric also has an extensive track record of promoting collaboration between risk professionals. He was a founding member of Qatar’s National Committee for Internet Safety, he attended the first RA team meeting arranged by the TM Forum and he wrote the original RA Maturity Model.

Eric has extensive experience of managing risk for telcos. He has served as Director of Risk Management at Qatar Telecom and prior to that he held a series of management roles at T-Mobile UK, Cable & Wireless and Worldcom UK. Eric has also worked as a consultant, first for Deloitte and later on a freelance basis. As a consultant he has advised a wide range of communications, media and software businesses.

In addition to his executive position, Eric’s role on the RAG Committee is to represent the interests of freelance consultants and subject matter experts more generally.