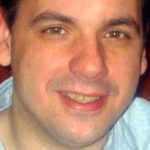 Floriano Paulino da Costa Neto is the Business Assurance Director at Oi S.A, the largest telecommunications company in Brazil and South America. During the past 20 years Floriano has gained experience of working with large businesses in several different sectors, and has been responsible for overseeing enterprise risk management, revenue assurance, credit and collection, and fraud management.

Floriano joined Oi in May 2018. Previously he spent three years as Head of Revenue Assurance and Fraud at rival operator Claro Brasil. From 2001 to 2013, Floriano worked in a series of senior risk and revenue assurance roles for another big Brazilian operator, Telefônica.

Floriano is a graduate of the Universidade Federal do Rio de Janeiro, Coppead UFRJ, and the Instituto Militar de Engenharia.