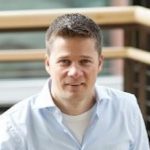 Grant Merrill is the Senior Director of Financial Assurance at CenturyLink, a global telecoms company that operates as a facilities-based provider of a wide range of integrated communications services, primarily in North America, Latin America, Europe, the Middle East and Africa. With around USD 17.6bn in revenue and 50,000 employees across the globe, CenturyLink is one of the leading telecommunications service providers in the world, and ranked number 166 on the Fortune 500.

Grant was previously Director of Revenue Assurance at CenturyLink, having joined the firm through its merger with Level 3 Communications. He began his career at Level 3 in 1999, and served in a variety of positions including Senior Director of Analytics from November 2014 until Level 3 was acquired by CenturyLink in 2017. His previous roles include Systems Engineer, Six Sigma Black Belt and Project Director. Grant is fluent in multiple development languages and has over 20 years’ experience building software solutions, risk management portfolios, and leveraging analytics to drive significant business value.

Grant holds a B.S. in Business from the University of Colorado, Boulder, with certificates in Finance and Information Technology. Grant earned his Six Sigma Black Belt in 2007 and his Project Management Institute PMP Certification in 2011.