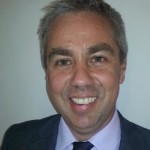 Before he formed Biaas, Guy worked as Head of Revenue Assurance & Revenue Protection at Cable & Wireless. He has also served as BI & Contribution Assurance Manager at Telewest Broadband, and an IT Audit & Assurance Supervisor at Ernst & Young.

Biaas is well known for its global number range database, a repository which helps telcos to prevent fraud and charge the correct rates for international and national calls. Biaas customers include BT, Virgin Media, TalkTalk, Kabel Deutschland, O2 Ireland, MTN Group and others.

Many RAG members are friends with Guy, who is a long-standing attendee of London meetings. He has been a panellist and given presentations at several RAG events.

Guy is a qualified chartered accountant and a certified information systems auditor. He holds a degree in chemistry.