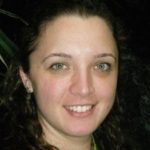 Jacqui Biggart is a member of the RAG Steering Committee who also works for Canadian operator TELUS in the role of Manager – Technology Security.

Having joined TELUS in 2000, Jacqui has developed a broad working knowledge of her domain. She has hands-on experience of such varied topics as lawful access, fraud analytics, wireless networks, regulatory requirements and security governance. In her current role Jacqui works with key internal stakeholders within TELUS and provides nationwide support to law enforcement agencies and the Canadian government.

Jacqui was appointed to the RAG Steering Committee in November 2019. Her contributions to RAG include acting as the host of RAG Toronto 2019.