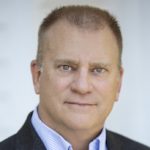 John Brooks is Chief Executive Officer of Globetom’s American business. Globetom was founded in 2002 and has since enjoyed rapid international growth in several verticals. John is responsible for establishing the sales and operational presence for Globetom in the Americas, positioning them as a leading force in platform integration and the transformation of digital services for telcos.

John was one of the founders of Connexn Technologies, a pioneer of telecoms revenue management technology. Beginning in the 1990’s, John also served as an executive advisor, and he assisted several successful technology start-ups as they pursued and acquired funding. Following Connexn’s acquisition, John became a Vice President of Subex and remained with them for 13 years.

John’s experience covers fraud, mobile, data, and video technologies. Within the industry, John was a board member for the Global Billing Association, founded the TM Forum Fraud team and the TM Forum Network Asset Management team.

Over the years John has served as an Advisory Board member for a prominent technical university, and has spoken at over 60 industry events and authored numerous papers on topics including IoT, digital disruption, big data, SDN/NFV transformation and enterprise risk management.