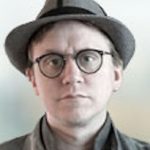 Jon Peterson is an expert on security and network routing. He is sometimes described as ‘the father of STIR’, the protocol for authenticating the origin of calls.

Jon has been Area Director of the IETF’s Transport and RAI areas, and a member of the Internet Engineering Steering Group. Jon has also been a Member of the Internet Architecture Board and a Member of the Security and Stability Advisory Committee (SSAC) of the ICANN. He has been instrumental in the development of a large number of RFCs including the Session Initiation Protocol (SIP) and was a contributor to the development of the STIR/SHAKEN protocols to authenticate caller IDs.

Jon is also a Fellow at Neustar, and he previously worked as a Senior Architect at Level 3 and as a Systems Engineer at XCOM Technologies.