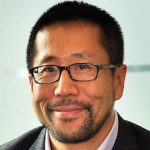 As well as publishing many columns for the Financial Times, Paul is often asked to comment on television, radio, online, and press. He is a frequent speaker at industry and closed door conferences.

In addition to running the TMT research team globally, Paul manages the industry research team for Deloitte UK. He has written five books, including Convergence Conversations and Digital Dilemmas.

Prior to his role with Deloitte Research, Paul was Director, Gartner Consulting, leading their work in the telecommunications sector.