The Hall of Fame, as selected by the RAG Committee, is our way of recognising the hard work and generosity of those professionals who have made an outstanding contribution to our community over the course of their career. 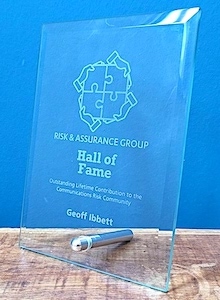 Luis began his telecoms life working for Marconi, the birthplace of his passion for the industry, before the organisation was absorbed into Portugal Telecom where he spent almost a further 10 years, and through his consulting work afterwards, Luis was a leader of the telecoms industry’s efforts to reduce and prevent fraud.

Luis was a founder and long-serving President of the Forum for Irregular International Network Access (FIINA). He also served for nine years as the Chairman of the Fraud Control, Cybercrime and Network Security working group of the European Telecommunication Network Operators association (ETNO).

Luis’ dedication to sharing information and educating others was an example to all.

Luis sadly passed away in 2018. He was inducted into the Hall of Fame posthumously. His daughter Vera and members of his family shared their memories of Luis for this tribute.

Peter ranks amongst the best-known and most highly regarded telecoms security and fraud professionals in the world due to the unrelenting energy and tremendous time he puts into assisting colleagues in other telcos. He has one of the most recognisable faces and voices in telecoms fraud prevention as a consequence of the many hours he has spent travelling and talking with peers in a bid to share information, provide guidance and collaborate in anti-fraud initiatives.

Alongside his responsibilities as a senior manager at US network AT&T, Peter also served many years as a member of the Executive Committee of the Forum for the International Irregular Network Access (FIINA). He continues to be a leading contributor to cooperative anti-fraud programs such as the i3forum Fight Against Fraud working group.

Peter was inducted into the Hall of Fame in 2020. 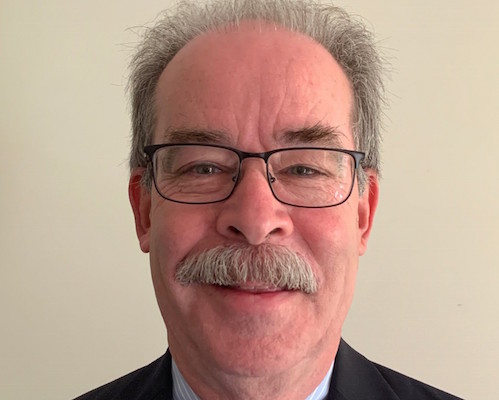 Hayley is the rare sort of professional who has genuinely worked with any association that wants to reduce telecoms fraud.

Hayley played a vital role in the resurgence of the Risk & Assurance Group whilst serving on RAG’s Steering Committee. She also made extensive contributions to the industry through the Asia-Pacific team in the GSMA Fraud Forum, and was responsible for writing the fraud training course provided by the Telecommunications UK Fraud Forum (TUFF).

Hayley has now retired, but retains a keen interest in the industry. She was inducted into the Hall of Fame in 2020.

Katia has led the i3forum anti-fraud working group from September 2011 to date, a remarkable contribution to the wholesale carrier community and to the telecommunications sector more generally.

Katia’s role in BICS and the i3forum has seen her consistently remain at the forefront of handling all the major issues in international telecoms fraud. Throughout her career Katia has actively helped other carriers by sharing vital intelligence with them.

In all matters Katia is an exemplar for how to lead effective collaboration that focuses on results and the best outcome for the whole industry.

Katia was inducted into the RAG Hall of Fame in 2020.

Santhosh’s career saw him serve in various leadership roles across telco operations, consulting/advisory and business development in the space of fraud, revenue assurance and risk, and at different stages he worked for some of the leading firms in the field, including Mobileum, AssuringBusiness, Du, STC, Econet Wireless, Accenture, Ooredoo Kuwait and Subex. Having cut his teeth during the first wave of telecom operators in India in the late 90s, he headed abroad to serve with a series of telecom startups across Asia, Middle East and Africa, before moving into the fraud and revenue assurance space at the turn of the century. Santhosh was deeply involved in the erstwhile GSMA Fraud Forum (now FASG) where he was part of the management team until he left the telecom operator space in 2012. He also served as an Operator Sponsor for the TM Forum’s Fraud Management stream under the Revenue Management catalyst.

Santhosh was inducated posthumously into the RAG Hall of Fame. His wife Rashmi and son Varun, and work colleague Ashwin Menon reflected upon Santhosh’s life whilst accepting his award.

Geoff is the curator of both the RAG Leakage Catalogue, the most extensive inventory of leakages suffered by electronic communications providers, and the RAG Fraud Catalogue, its sister compendium.

It is because Geoff has the respect of his peers that he is trusted to oversee the development of these crowdsourced inventories of industry knowledge. The task requires a keen insight into the scale of commercial and technological challenges faced by a wide variety of comms providers combined with the kind of modesty and enthusiasm that inspires others to be generous with their knowledge.

Geoff’s success in overseeing the most comprehensive repositories of fraudulent and non-fraudulent leakages is testament to the considerable experience Geoff has accumulated through a career that has seen him work as a product developer, business developer, business advisor, expert trainer and Chief Technology Officer for a range of businesses oriented around risk management for electronic communications providers. 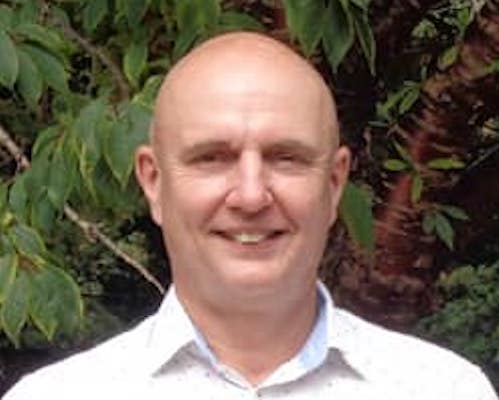 Few people can take as much credit for the birth and growth of revenue assurance as Moly McMillan. He has been an articulate and passionate champion of the discipline across several decades, during which time he has reliably given advice and encouragement to his peers.

Moly was responsible for the creation of some of the very first RA functions whilst working at Thus, ntl and Virgin Media from the late 90’s to the mid-00’s. He then oversaw the spread of revenue assurance to many more countries worldwide whilst serving as the first Global Head of Revenue Assurance at Millicom Group. This was followed by Moly becoming the first senior RA professional to apply the same principles to the OTT domain when he became Skype’s first Director of Revenue Assurance and Fraud.

Latterly Moly’s work as a business advisor sees him continue to expand the envelope for assurance techniques to new business models that cross the boundary from electronic communications to other sectors.

Seb equally aspires to motivate counterparts that work for competitors to Vodafone, a business he has faithfully served since the beginning of the century. Wherever the source, Seb wants business leaders to learn from the best assurance methods to be found in the industry. This has resulted in improved methods, new ways of work and higher standards across Vodafone and more generally.

Seb’s drive to learn and improve has helped Vodafone, all those working for Seb, the vendors who work with Vodafone and the profession at large. Seb’s dedication to professional skills development is responsible for the development of future leaders in business assurance globally.

Ambrose was a true gentleman who was admired and liked by many working in telecoms RAFM. He served as a consultant at PwC, a supplier to telcos through Nortel Networks and Cerebrus Solutions, and a telco manager at KPN Mobile and Celtel International. As a freelance consultant he worked with Vodafone, Brasil Telecom, Swisscom, Méditel, KPN and others. He was known for his leadership and kindness whilst always willing to help others by engaging in detailed interactions about issues in RAFM.

As a black professional who travelled widely, Ambrose also championed diversity and encouraged a better understanding between people with different nationalities. One of his initiatives outside of telecoms was the publication of a magazine entitled Coloured Pictures, which educated European readers about African cultures and traditions.

Ambrose sadly passed away in 2020. His brother Celestine accepted the award on his behalf.

Kathy’s 31 years at Verizon saw her lead the adoption of revenue assurance in the USA, building a team whose objectives and methods changed the attitudes of other US telcos towards identifying and preventing leakage.

Acting without the benefit of formal associations to support her, Kathy evangelized the practice of revenue assurance and was widely recognized as its best-known and most senior proponent in the USA.

RAG is grateful to Kathy for her enthusiastic contribution to its conferences and other activities. Kathy never fails to enlighten and entertain fellow professionals with her insights and anecdotes.

David’s work on the audit of billing accuracy established many of the main themes we find in revenue assurance. The knowledge he acquired whilst monitoring billing processes for UK telcos during the 1990’s became an important first source of empirical data about the extent of revenue leakage.

David is one of the authors of the important 2001 publication Managing Successful Revenue Assurance which first stated the principles of revenue assurance. David’s rounded perspective embraces the process, quality and human aspects of performance alongside a deep understanding of technology.

Nixon is a dedicated coach, he gets things done, and he engages with everybody in the community positively. During his long career he has worked in the fraud, risk and assurance functions of telcos in South America, Europe and Africa, in addition to spells as a specialist consultant serving clients in North America, Europe, Africa and Asia, with the result that he has won friends and admirers across the world. His extraordinarily broad experience means Nixon is affectionately described as the most travelled manager in RAFM by his friends.

Aside from his remarkable knowledge and capable nature, Nixon is always cool in a crisis, stepping back to fully assess both risk and benefit. His knowledge and skills traverse many industries, demonstrating what a champion and ambassador of fraud management and business assurance he is. 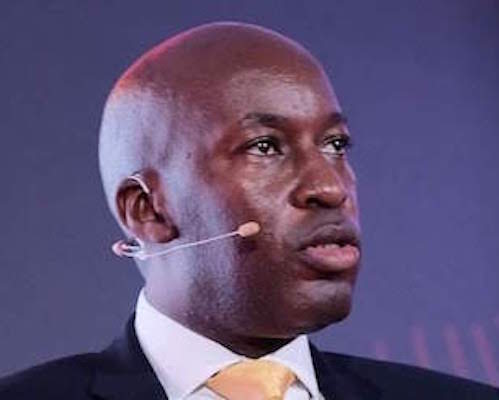 Glen is a rounded professional who has made notable contributions to anti-piracy, revenue assurance and fraud management. He adapted the RAG Leakage Catalogue for use by digital TV providers and he pioneered the use of software tools to deliver innovative proactive solutions using ACL and Qlikview software.

Glen has also led a number of high profile fraud investigations. He is a regular and well-liked contributor to a wide range of industry associations and meetings and known to be generous in sharing his knowledge.

Colin’s distinguished career in law enforcement and telecoms fraud prevention and detection hardly needs to be recounted because he is so well-known amongst the telecoms fraud community. He voluntarily acts as an adviser to various law enforcement agencies, including EUROPOL, and provides them with vital data free of charge. He actively assists and protects the interests of many telcos in the Pacific region as an adviser to the Pacific Islands Telecommunications Association (PITA).

For RAG, Colin provides independent analysis and advice that guarantees the quality of the RAG Wangiri Blockchain. He was formerly Chair of the GSMA Fraud Forum, Chairman and Director of FIINA, and Secretary/Director of the CFCA.