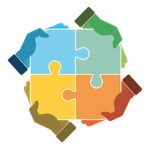 10 March 2020 The Risk & Assurance Group (RAG), a not-for-profit association of telecoms risk managers, has launched the RAG Wangiri Blockchain, a system where consortium members use blockchain technology to share intelligence about ‘one-ring’ wangiri frauds in real time. Phone companies around the world have already agreed to collaborate, along with leading suppliers of anti-fraud products and services, by pooling their wangiri fraud data using the blockchain. As a consequence, telcos and vendors will better anticipate attacks by fraudsters, refining algorithms so more wangiri calls are identified before consumers suffer any harm.

In recent years regulatory bodies have warned about a surge in ‘one-ring’ frauds, also known as wangiri, the Japanese for ‘one cut’. Phone users receive calls from mysterious numbers that end as soon as they begin ringing, luring victims into dialling back to an expensive destination. A new US law, the TRACED Act, requires the Federal Communications Commission (FCC) to identify ways to tackle wangiri, and other governments have placed increasing emphasis on the need to protect phone users from this fraud.

Wangiri is a global problem, impacting millions of customers every day. For far too long, telcos have tackled Wangiri from a local perspective and in a reactive way. The continued growth of Wangiri has clearly shown that this is not effective and we need to change our approach, both as individual operators and as an industry. Collaboration between telcos, principally in the form of sharing best practice and intelligence, is a ‘no brainer’ in this environment and greatly increases our chances of frustrating the fraudsters and protecting our customers. The RAG Wangiri Blockchain has the potential to play a big role in our continued fight against Wangiri.

35 businesses participated in a pilot of the wangiri blockchain in 2019, successfully sharing data about 21,000 fraud attacks covering 150 countries. The newly released production version of the wangiri blockchain is scaled to work on a global level, and will allow telcos and other relevant businesses to exchange data without needing to install any new hardware or software. Many telcos will have the option to connect seamlessly with the blockchain because their suppliers are integrating existing anti-fraud systems via an API to the blockchain. Any business that uploads their wangiri data to the blockchain will be allowed to access it without charge.

RAG hopes to persuade all phone companies worldwide to join the RAG Wangiri Blockchain Consortium. Goran Marić of HT Eronet, an operator in Bosnia and Herzegovina, explained the appeal of the wangiri blockchain to telcos of all sizes:

Blockchain technology can become a game-changer for fraud detection and mitigation because it ensures security, transparency, and decentralization. This should be a good trigger for telcos to join, share and use gathered data to tackle fraud in their organizations in a transparent way.

Fraudsters keep changing their methods, so the greatest barriers to exchanging intelligence are cost and speed. If the methods used are too slow, and too expensive, then the costs outweigh the benefits. RAG’s technical partners at Orillion Solutions have developed a blockchain ledger that is faster and more easily accessible than anything telcos have used to share fraud data before. Then we asked leading suppliers of fraud systems to link their products to the blockchain, harnessing data that telcos already collected but could not previously share efficiently. It is thrilling to see how positively telcos and vendors have reacted to this opportunity to collaborate on a problem that blights all phone users everywhere.

About the Risk & Assurance Group

The Risk & Assurance Group (RAG) is dedicated to improving the practice of risk management, business assurance, fraud management and security within the providers of electronic communications services. RAG is a not-for-profit corporation run by experts in the field of risk and assurance within telcos. We seek to facilitate the education and networking of professionals in order to improve standards of performance, reduce waste, and better serve customers. Practitioners may attend our events and access our online services free of charge; financial support is provided by specialist vendors with an interest in highlighting the importance of the work done in this field, and in expanding its remit.