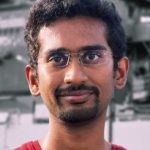 Sathvik Prasad is a Research Assistant at the North Carolina State University where he was a leading member of the team that conducted an award-winning study of robocalls in the USA.

On an academic level, Sathvik’s interests range from privacy to security with the focus of his work being on the development and application of data-driven techniques to study spam, abuse and fraud. His work on the development of techniques to detect and characterize robocalls has led him to become one of the world’s foremost experts on this topic. The USENIX Association and Facebook awarded a USD100,000 prize for a paper that Sathvik and his NCSU colleagues wrote about using audio and metadata analysis to understand thousands of robocalls received by their honeypot. This work conclusively showed that robocall scammers use multiple languages to target victims within the USA amongst other startling findings.

Sathvik has worked with various telcos including Bandwidth and Lumen to understand the fraud they encounter and the technical challenges they face. He is currently working towards obtaining an PhD.

Prior to reentering the world of academia, Sathvik spent four years working his way up from trainee to Software Development Engineer at Cisco. He was a Research Fellow at the Supercomputer Education and Research Centre in the Indian Institute of Science and he has a Bachelor’s degree in Electronics and Communications Engineering.