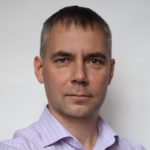 Sergey Okhrimenko is COO of Express Teleservice Corporation, which does business as LANCK Telecom. As an international long-distance carrier with divisions in USA, Cyprus, Hong Kong, SAR and Russia, LANCK Telecom cooperates with telecoms companies and phone card providers worldwide.

Sergey was appointed COO of LANCK Telecom in 2014. He previously spent four years as their Revenue Assurance Director, and he also worked for two years as the Head of their Analytical Department.

Under Sergey’s leadership, LANCK Telecom has actively sought to collaborate with other telcos to reduce fraud. They are signatories to the GLF’s anti-fraud code of conduct.