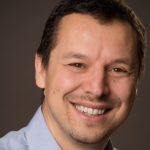 Stephen is VP of Business Development at Mobileum. He is also a respected thought leader in the industry, and an expert on interconnection and roaming. Stephen is credited with leading the industry’s adoption of NRTRDE.

Before joining Mobileum Stephen managed business development for iconectiv in the EMEA region. He was previously Head of Carrier Services at T-Mobile UK. Stephen is a qualified chartered accountant and he has a degree in politics.

Stephen is no stranger to RAG, having been a regular participant and speaker over the years.

You can sample Stephen’s skills as a public speaker by listening to his March 2014 RAG presentation about the relationship between international number range management and fraud. His talk was turned into a podcast, which is available here.