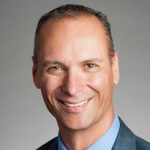 Warren Dumanski is employed by TEOCO in the role of Vice President, Americas. He has worked in various wireless technology functions for more than 24 years.

Prior to joining TEOCO, Warren was VP Sales, Marketing, Operations and Customer Care at Newfield Wireless for almost 6 years. While there the company tripled in employee size and grew revenue by almost one order of magnitude. Before Newfield, he was an early stage employee at NextG Networks where he successfully launched the sales efforts into Tier 1 wireless service providers resulting in a successful company sale to Crown Castle for $1B.

Previously Warren was President of Celletra Incorporated, a wireless technology startup. Before Celletra he was employed by Spectrian Corporation, a publicly traded company, where he ran the worldwide sales organization achieving annual revenues of $180M. While at Nortel Networks in Kansas City, Mr. Dumanski supported the national launch of the Sprint PCS networks. He performed many functions within Nortel Network’s wireless group over 7 years including senior positions in finance, operations and sales.