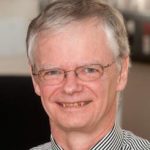 Willie is a Deputy National Director of Public Prosecutions in South Africa. He is the current Head of the Asset Forfeiture Unit (AFU) at the National Prosecuting Authority and in the past he has been responsible for their Legal Affairs Division and their Special Investigating Unit. He is an expert on asset forfeiture and recovery, anti-corruption strategies and the working of the South African Constitution and Bill of Rights.

Willie is the longest-serving Deputy National Director of Public Prosecutions, having been appointed by President Thabo Mbeki in 2001.

The AFU has the power to seize assets that are the proceeds of crime or that have been used to commit crime. Its main focus is organised crime, drug-related crime, serious violent crime and serious economic crime and corruption.

Willie served for five years as a Member of Parliament in South Africa, supporting the government of President Nelson Mandela. During this time he served as the Chairperson of the Constitutional Assembly committee that drafted the chapter on the Judiciary in the new Constitution, and he was a Parliamentary Counsellor to the Deputy President.

Willie was active in the movement to abolish apartheid. As a consequence he was detained without trial on several occasions. He was once held in solitary confinement for six months, after being detained for violating the Emergency Regulations of the apartheid government, though he was released when it became clear that he would win a court case declaring his detention in solitary confinement to be unlawful. Following his release, Willie sued the Minister for detaining him under unlawful conditions and he was awarded ZAR50,000 in damages.